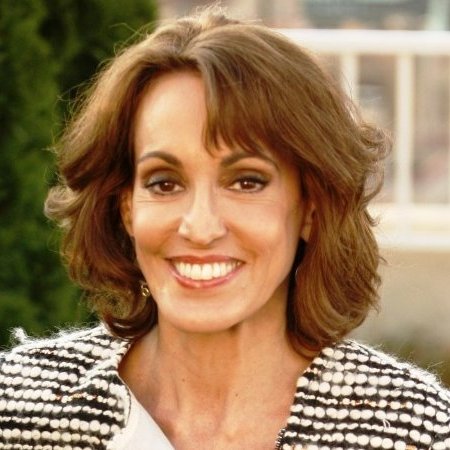 Jennifer Freeman has been standing for victims in New York for over thirty years. She is well known as a resolver of disputes and has worked tirelessly at the forefront of groundbreaking legal developments to protect children from sex abuse, child pornography and victimization. She has obtained countless restitution awards for child sex abuse survivors, and secured reparations for victims of abuse by teachers, family members, Big Brothers, camp personnel, clerics and others. She has advanced statutory change for child sex abuse survivors by advocating for the Amy Vicky & Andy Act in Congress and for New York’s Child Victims Act in the state legislature.

Jennifer has spearheaded numerous confidential mediations and fashioned mass dispute resolution procedures to protect privacy and dignity. Recently, she worked on the landmark Supreme Court decision in United States v. Paroline which established for the first time that all participants in the child pornography market were responsible to their victims in damages. She has worked with the National Women’s Law Center and advised athletic coaches, Title IX participants, and campus rape victims.

Jennifer graduated from Cornell University and the George Washington National Law Center where she was Editor-in-Chief of the George Washington Journal of Law & Economics. After clerking for the Honorable John R. Brown, Chief Judge of the United States Court of Appeals for the Fifth Circuit, she began her legal practice at Shearman & Sterling, and later joined the Marsh Law Firm. She has served as Special Master for New York Supreme Court Judge Beatrice Shainswit, a member of the New York Judicial Screening Committee, and a scrivener for the City Bar Association Committee for the Homeless. She has spoken at conferences about sex abuse issues, most recently In Davos, Switzerland, serves on the Board of a Cuban arts organization that supports young Cuban artists, and has fundraised for children’s charities. She is a member of the New York, Texas, and Florida bars.

Are you a former New Yorker? Time’s almost up for childhood sex-abuse survivors to seek justice | Opinion

We all know it — every year, thousands of New Yorkers move to Florida for its warm weather and leisurely lifestyle. Some stay — I’m a former New Yorker delighted to be living in the Sunshine State for the past three years. The pandemic has accelerated this trend, with thousands more choosing Florida as a new home.

Yet most former New Yorkers have no idea that our legal rights were dramatically expanded recently. In 2019, New York State enacted landmark legislation that makes it possible to seek justice for decades-old child sex-abuse crimes — the Child Victims Act (CVA). For a short time, this new law suspends the statute of limitations for child sex-abuse claims and provides a unique opportunity for survivors of such abuse, which happened in New York, to seek accountability and finality.

But the time to take action is almost up. The CVA provides a one-time, two-year window for survivors to sue for abuse regardless of when the abuse occurred. Survivors have until early August 2021 to seek justice against institutions such as the Catholic Church, New York medical institutions, public and private schools, foster-care providers, athletic organizations, religious groups, summer camps and any other entity, as well as individuals who perpetrated or enabled these heinous crimes.

This law doesn’t just apply to current New York residents, it extends to anyone who was ever abused in New York, no matter how long ago and regardless of where they live now. If you grew up in New York State and suffered abuse at the hands of a clergy member, youth director, doctor, teacher, coach, family member or anyone else, this law applies to you. Over the past year, following New York’s lead, several states have reformed their statutes of limitation; sadly, Florida is not among them — but we’re working on it.

The wrongdoers, insurance companies, and others have used every tool at their disposal to stop these lawsuits from moving ahead. They’ve tried to discredit and intimidate survivors and the public. They’ve fought statutory reform for years. They’ve covered up evidence — and even declared bankruptcy. Thanks to the CVA, these tactics can no longer hide the truth. This is the opportunity to finally hold these powerful organizations and individuals — who were often aware of the abuse ,but looked the other way — liable and to provide restitution and reparations.

It’s not easy to bring a lawsuit, especially when it involves unearthing something so private and painful, long pushed into dark corners. Many survivors are reluctant to pursue their claims and have long made peace with leaving the past in the past.

I get that. Litigating won’t erase the pain and suffering, allow survivors to confront deceased perpetrators or restore lost time. Yet the CVA opens up a soon-to-disappear path forward to hold abusers or institutions accountable and to shift the responsibility for, and cost of, the abuse from the thin shoulders of a young child onto the backs of abusers and their enablers.

Many survivors have felt empowered now that they can do something about the horrors of their childhood. They’ve inspired others to seek justice. Survivors who don’t want to be identified can file claims anonymously, under a pseudonym.

Even if the ultimate choice is to do nothing, survivors have a right and a choice to decide whether and how to remedy this injustice. But they must heed the call before it’s too late.

Jennifer Freeman is an attorney advocate for victims of childhood sexual abuse based in North Palm Beach.

Graduated with Honors
Editor-in-Chief, Journal of International Law and Economics

“I can’t begin to thank you enough for all that you did for me. When I was at my end of the road, wanted to just end it all; and disappear from all the pain I’ve experienced, I was referred to you and the firm. I was naive, no idea what to do, or even if my case would go far.”