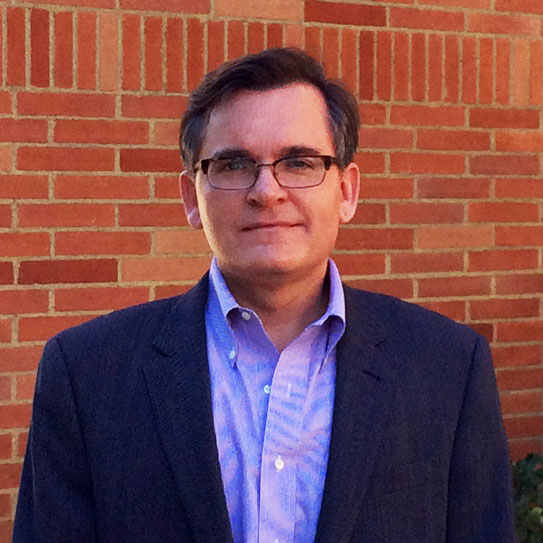 His case on compensation for victims of child pornography in federal criminal restitution proceedings was decided by the United States Supreme Court in 2014. That case, United States v. Paroline, led to the Amy, Vicky, and Andy Child Pornography Victim Assistance Act of 2018 which passed the House and Senate by unanimous consent and was signed into law on December 7, 2018.

James founded the nationally recognized Children’s Law Center in Washington, DC, and is an experienced trial attorney, and frequent commentator, lecturer, and author on legal issues affecting children and victims of sex abuse and exploitation. He founded the Marsh Law Firm in New York which is recognized worldwide for its work helping sexually abused victims and survivors obtain justice and rebuild their lives with dignity and respect.

Member – Game Over: Commission to Protect Youth Athletes – 2018 to present

Secretary – The Mayor’s Advisory Council on Permanent Homes for Children, Washington, DC – 1999 to 2000

What to say about James?:-) A character, an articulate champion for survivors of internet exploitation, again presented a big picture of the legal aspects of the landscape in federal law, past and future, given the passage of the new law. Well informed and entertaining, with the credibility that comes from having been a leader in a handful of lawyers to develop a legal response to a type of crime and impact of such “victimless crimes (not)” that helps provide useful information for the therapists who, understanding the legal terrain, can help guide with understanding the survivor while in therapy with a more informed perspective.

There are people fighting hard for these survivors! Again, I could have listened to him for much longer, given his entertaining, well informed resources.

“Wow!! A very informative lecture. It was a high honor to attend a lecture of such magnitude. I know this is a difficult area to speak on, but James was spot on in all areas.”

“Have been following the work of James Marsh in this area for the past three years because I think there’s a wealth of knowledge to be gleaned from his experiences. Hopefully some of that knowledge can translate to positive changes in my state for child victims. Thank you!”

“Bring Marsh back for another forum on the Trafficking on children.”

“I really enjoyed hearing James Marsh speak, he was by far my favorite part of the day.”

“James Marsh was incredible and should be asked to return.”

“Bring back Mr. Marsh next year.”

“The best part of the day was Mr. Marsh’s presentation. He was both informative and entertaining. He kept the atmosphere refreshing.”

“I really enjoyed hearing James Marsh speak, he was by far my favorite part of the day.”

“Loved James Marsh! He was informative but funny and kept me awake!”

“James Marsh – Wow! What a topic! Very enlightening and his comments and information was an eye opener.”

A Multidisciplinary Approach to​ Child Pornography on the Internet: Impact on Victims​ by James R. Marsh

The Adoption and Safe Families Act in the District of Columbia — The Council for Court Excellence (February 25–May 19, 2000)

Permanency Mediation — The Superior Court of the District of Columbia (May 11, 2000)

Technology Fundamentals for Attorneys — The Bar Association of the District of Columbia (May 6, 2000)

Issues for Attorneys in Adoption Cases — The Neglect and Delinquency Practice Institute (June 19, 1999)

Adoption in the District of Columbia: Promises and Challenges — Georgetown Television Children at Risk Series (1998)

How Should the Law Respond When Children Die, Or Are Injured, In Foster Care? Even Limited Immunities for Foster Parents Are Dangerous, FindLaw’s Writ, March 27, 2003

Child Welfare Law and Practice in the District of Columbia, The Children’s Law Center, Inc., 2000

In late 2005, I was instrumental in enhancing the federal civil legal rights of children who are victims of child pornography. Borrowing from intellectual property law, I drafted, introduced, and passed—in just seven months—a update to a forgotten federal law which gives children the right to sue anyone who produces, distributes or possess their pornographic images. This act, called Masha’s Law, provides statutory damages of $150,000 for each violation.

The Foster Children’s Guardianship Act of 2000 was created in response to a pressing need for permanency which was not being met by traditional legal outcomes. During the fall of 1999 a mayoral charted committee of guardian ad litems, attorneys, judges, social services professionals and policy makers meet in weekly public sessions with the goal of aligning the District’s law with the needs of the District’s foster children. The result was a new guardianship law which combined well established legal principles with nationally regarded best practices.

This Congressionally led initiative resulted in the creation of the District of Columbia’s Family Court.

This groundbreaking initiative, which is funded with federal dollars, provides individuals, who are interested in adopting a child under the care of District of Columbia child welfare agency, vouchers to offset the legal costs associated with the adoption of a child as well as the costs of the adoption home study.

The District of Columbia’s version of the Federal Adoption and Safe Families Act of 2007.

Child in Need of Protection Act of 2000 – Technical Assistance, Analysis and Testimony – District of Columbia

The District of Columbia’s effort to update, revise and reform child protection and child welfare law.

The Family Court Advisory Rules Committee (formerly known as the Family Division Advisory Rules Committee) was established in January 2000 by Eugene N. Hamilton, then Chief Judge of the Superior Court of the District of Columbia. One of the goals of the Committee, then chaired by Judge Kaye K. Christian, formerly Deputy Presiding Judge of the Family Division, was to develop standards of practice for attorneys appointed to represent children and parents in abuse and neglect cases. Following an internal review by the Chief Judge, the practice standards were published for comment.

Provided recommendations regarding Permanency Mediation, Visiting Nurse Program, Child-Centered Basket of Services and Family Group Conferences. Safe Passages was part of the District government’s FY2000 Children and Youth Action Plan which was founder on the premise that, “[t]he experiences children encounter as they travel through the major passageways of life dramatically impact where they go, how far they go, and the kind of people they grow up to be.”

“It’s truly important to me to thank all of you for working tirelessly on this for myself and for the many other victims that you are representing. So thank you for your help, your commitment, your understanding and most of all for your caring. Each person that I’ve dealt with here has been so incredibly supportive.”